Things to Consider Before You Join a Muslim Sect, by Shaykh Luqman Ahmad 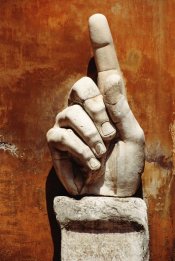 The average Muslim convert does not convert to any particular sect of Islam; they convert to what they regard as simply Islam. Non one converts and says; ‘I want to be a Salafi, or I want to be  Sufi, or I want to be a Tijani, or a Tablighi, or an Ikhwaani, or a izaul Tah’riri. One the contrary, a new converts to islam simply wants to become a Muslim. Then after that, if they end up as part of a Muslim sect, or an ideological group, it’s because they choose a sect post conversion, had a sect chosen for them, or enforced upon them. Sometimes they simply stumbled upon a sect and not realized it until later. Or perhaps as it happens in many cases, they adopt the cultural norm of a sect and do not even realize the difference between that, and Islam. This article is written for Muslim converts who maybe got caught up in sectarianism or anyone else who wants to understand about Muslim sectarianism in the United States. Wal Allahul Musta’aaan.

I realize that there are many brands of Islam people have to choose from today. Many paths, and many different ideologies. I get it. I don’t like it, but I get it. However, I firmly believe that we should stick as much as possible to the original, simple version of islam as established by the Prophet (SAWS); the Quran and the Sunna, the five pillars, being good to neighbors, good to parents, helping the poor, honesty, good character, etc. the basic stuff. Especially given the fact that Eesa ibn Maryam (Jesus the Messiah) is coming and the Dajjaal [The antichrist] is at our door steps. , we should stick as much as possible to the simple Islam of the Prophet (SAWS).

Many converts to Islam are pressured to choose from different brands of Islam, and it seems that there are more and more varieties, and sects to choose from everyday. Why all the choices? Isn’t Islam one religion? Yes but it’s not that simple. People like to add stuff to the religion, and for some, its an obsession. Its like choosing between different brand names of Islam, each claiming to be better than the original. The Prophet (SAWS) had his brand, this is the true and pure version of the religion. Later, a bunch of other people came along, each having their own brand and modifications of Islam. So what is the best Islam for the convert Muslim, and why? Who’s serving up these choices? This last question has a very long answer because there are a lot of people and groups vying for the hearts and souls of the new convert and first generation of Muslim Americans. This alone should get your attention.

Nevertheless, before I answer the question about what is the best type of Islam for the convert, my first advice for any new or first generation Muslim is that you do not join a sect at all. You will probably be better off as a Muslim without one. Secondly, if just can’t resist to lull of the sect, then wait for at least ten years after your conversion before joining one. Thirdly,  consider your children if you have any. Muslim children are born in a state of fitra [natural submission to monotheism]; they are not born in a state of sectarianism, and will not be in such a state unless you put them there. Muslim American Muslim children are ill-suited for islamic sectarianism; its confusing to them and they do not usually take too well to life inside most Muslim sects unless you can totally isolate them, and control their environment around that particular sect and its ways and teachings. Meaning that you have your own schools, your own neighborhoods, your own controlled environments, your own ideological self-sufficiency, and your own local leader.  Otherwise your children will be exposed to too many things and too many other kinds of Islam and Muslims to buy into Muslim sectarianism. It won’t make any sense t them in the long run.

So, as a new Muslim, or an established Muslim, you should  take the time to master just practicing the five pillars and understanding the basics of Islam first, and you  can easily do that without joining a sect, a Sufi order, or an Islamic political group. While you’re busy understanding the basics, maybe spend a little time doing research about different Muslim groups and sects, and perhaps talk to people who have had experiences with joining different sects. Especially talk to them about how their children have fared, and what made them leave. It’s a lot easier to be gung-ho about original Islam for your whole life than it is to be gung-ho about your sect. Muslim sects in America can lose their novelty and shininess very quickly but pure Islam never loses it’s appeal.

If, after ten years of practicing the basic, simple religion of Islam, you’re still hankering to become sectarianized, then put off joining a sect for another ten years. If after twenty years, regular Islam has not been enough for you so that you don’t need to join a sect, then think about it one last time for at least another five years. If after 25 years you still find that you must belong to a Muslim sect in order to feel good about yourself, or in order to find what you believe is salvation, then this is a free country and you are free to join any sect you like and there are many to choose from. However, before you join any Muslim sect, then there are some things that it would be good for you to know first.

First of all, what is a sect? The short answer is that any group that requires that you take on additional beliefs and theology above what was related in our scripture; the Quran and the Sunna, is a sect. When you hear them say that the Quran and the Sunna is not enough, or that there is some secret knowledge that was left out of the original Islam, then best believe that they are a sect. Most every sect or group, but not all, has a specific ideology or platform that is particular to them. Just like a political group has a political ideology that is specific to them like democrat or republican, or communist or socialist. So does religious sects; each has a religious ideology that is specific to them. It defines who they are and it distinguishes them from other sects or groups. Otherwise, if all sects were completely the same, then why should you join their sect and not join the others? What makes their sect stand out? What makes it so special and appealing? these might be questions you want to ask yourself.

There has to be a hook, a special concept, a special distinction, or an honor that at least according to them, makes their sect superior or better than others sects. When it comes to religious sectarianism in Islam, almost every sect claims that their sect represents the truest and most correct form of Islam. I happen to believe that the truest, most authentic form of Islam is that which the Prophet ﷺ was upon. I mean the Islam that is free of division, free of  ideological nuance that distinguishes it from the original. The simple, basic Islam. Many sects are built around or even named after individuals and their feats, their personalities, their greatness, and their alleged closeness to God.  These are some of the things that makes a sect, a sect.

Some groups or sects emphasize practices that are already firmly established in Islam, while other sects bring entirely new things [bid’ah or innovation] to the religion. Many sects and groups are built around other sects, or extensions of them, such as the group Jamaa’aat Takfeer wal Hijra, which was an extension of the group; the Muslim Brotherhood. Another example is the Darqaawi Sufi order which was a branch of the Shaathiliyyah Sufi order and there are many other examples of group extensions that became separate groups themselves.  Each sect or extension has specific beliefs, and ideologies with regards to Allah, His commandments, His being, His relationship with the creation, and the creation’s relationship to Him.

After talking to hundreds of people who are current or former members of imported islamic sects, I’ve found that most converts who joined these groups, knew very little about the group’s  core beliefs.  Some simply were impressed by the costumes and the attire of the sect’s  members. Others like a particular, trendy aspect of the sect. Most of new adherents of sects believe that you are not allowed to challenge your sect’s views or practices, and that somehow this is disrespectful. I also found that when it comes to Muslim sectarianism in the United States, there is a general understanding by convert [mostly African American] disciples, that you will always be a subordinate, and that you will never reach the level of the sheikh, or the level of your foreign counter-parts in your sect. It’s simply accepted that if you are a Black American Muslim, you will always be a lower class disciple in the sect. Sometimes, the foreign members of a sect, will not even associate with the African American Muslims members who join the sect. You see this in some of the Tijani groups for example. African Tijanis living in the United States will hardly have anything to do with African American Tijanis.

Entire Muslim countries are built around a certain Muslim sect  or group,  to the degree that if you to challenge it, or have questions, you could have problems, become an outcast, or even face imprisonment or death.  Some old world sects try to impose this theorem on new Muslims converts;  that you cannot challenge anything no matter how irrational or heretical it sounds. Some sects regard their sheikhs as saints, and afford them infallibility. Other sects believe that you cannot get to paradise except through the sheikh. In most Muslim sects, dissent of any kind is not welcome. Even asking too many probing questions is frowned upon.

However, the days of not asking questions about what Muslim ideologies people are bringing to the country are soon coming to an end. This is the United states of America. Asking questions and seeking proof is part of our culture. That’s how we needed up abolishing the slave trade. We are Americans and when things don’t add up or doesn’t quite make sense. We (at least some of us) are conditioned to challenge it. When people come to the United States and they are already part of these sects, then ma sha Allah, this is a free country. However for the convert community, the culture of Muslim sectarianism has been a disaster.  As world Muslim sectarianism is starting to gain traction in America.  I haven’t seen where it has benefitted Muslim America, American Muslim converts, or our country as a whole.

An important point to to keep n mind is that anytime you think that your sectarian brand or branch of Islam is equal to the sum total of all of Islam, then you are definitely either in a sect, or you have sectarianized your Islam. This article should not be looked upon as a challenge to anyone’s sect, I’m not claiming to be the religious police here, and like I said, this is a free country. Still, if you are sectarian bound or oriented, here is a list of things that a Muslim might want to consider before joining a sect.

One response to “Things to Consider Before You Join a Muslim Sect, by Shaykh Luqman Ahmad”